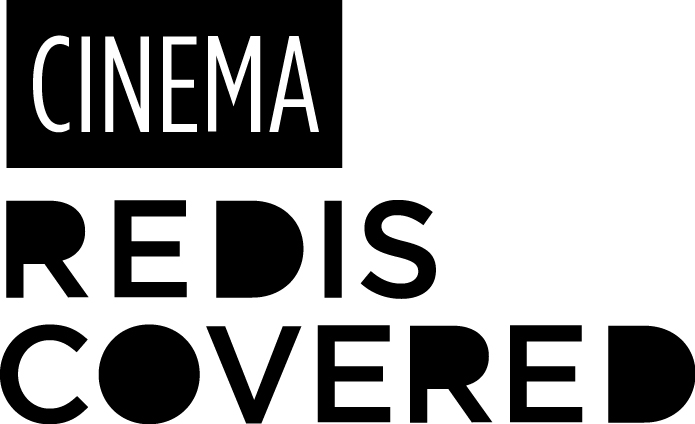 I’ve recently relocated to Bristol and have found a city with vibrant film culture into which I’m currently dipping my toes. Here follows a preview of the upcoming Cinema Rediscovered festival running at the end of July. If you live in, or around Bristol there are some great screenings and events. Here is my pick…

Film culture is at an interesting juncture right now, think pieces present future scenarios for utopian and dystopian. For the optimistic it seems like there is more access to more material than ever before. All accessible without having to move from your sofa. For the pessimistic, television has taken over as the source of grown up drama, cinema is being choked by empty spectacle.

The rise of Netflix as a major force in film production has energised both sides of this cultural argument. For the doom-slingers, the streaming giant is ushering in the end, hoovering up independent movies out of Sundance, cherry picking directors like Joon-ho Bong and Martin Scorsese, showering them with cash, and then preventing the results from playing theatrically. The pro-camp rightly argue that without Netflix’s investment a film like Okja would probably never have been made.

To quote a movie “the future is not written”. What is clear is that the increasing importance of streaming services and day and date release strategies are creating challenging times for cinemas.

Bristol’s Cinema Rediscovered festival aims to re-introduce audiences to classic, cult, and international movies and reconnect them to the environment in which these films were meant to be seen, in a cinema. Festival curator Mark Cosgrove puts it eloquently:

“Other art forms have their temples – museums, galleries, opera house, theatres. For films, cinema is where they can truly come alive and be rediscovered.”

Inaugurated in 2016, this year’s festival kicked off with the Philip French Memorial Lecture delivered by film critic Mark Kermode who set the tone with an entertaining and thoughtful riposte to the doom and gloom outlook. Kermode anticipates that the move to day and date releasing strategies will have a negative impact on many cinemas, but only those that “don’t care”. It isn’t enough for rep cinema’s to throw on some favorite films, staple a photocopied programme together, and expect an audience. Cinema’s need to get creative, provoke and engage in dialogue, and create a space (or Petrie jar if you will) for film culture to grow.

The festival in full runs from the 27th to the 30th of July in Bristol, before heading out on tour with screenings at venues including Chapter (Cardiff), Broadway (Nottingham), Home (Manchester), QFT (Belfast), Filmhouse, (Edinburgh) Showroom (Sheffield), mac (Birmingham) and Exeter Phoenix.

Here are some of my picks from the excellent programme:

Part of the ‘Manipulating the message’ strand, this screening of Sidney Lumet’s 1976 classic will have an introduction from journalist and broadcaster Samira Ahmed.

Network is one of the best films of the 1970s. Paddy Chayefsky’s incendiary screenplay has lost none of its satirical bite, and the film is insanely prescient of the exact moment we find ourselves in right now. Phenomenal performances from Faye Dunaway, William Holden, Peter Finch, Robert Duval, and Ned Beatty who delivers one of the best soliloquies in any movie made in that golden decade. 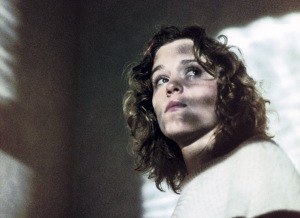 A new restoration of the Coen brother’s debut, a sweaty, vicious neo-noir that needs no introduction. Notable for Francis McDormand delivering one of the top five kicks to the nuts in the history of film. Every man in the cinema will wince en masse.

The screening is preceded by an hour of live music inspired by the film’s themes of love lost and hearts a cheating from Bristol based musician Mike Crawford and his band the Various Sorrows in the Watershed bar from 21:30.

Ladies and gentlemen, the original, the greatest, Kong! Presented on 35mm, the daddy of monster movies will be introduced by Aardman’s Peter Lord.

Take the kids, this is one of those movies that will make a child fall in love with cinema. It did me.

I’m particularly interested in this, a film I’ve never seen. The directorial debut of artist and critic Lizzie Borden, sci-fi satire Born in Flames is regarded as a foundation stone in American queer and feminist cinema and includes Kathryn Bigelow in the cast.

This is what interesting programming should do, create a dialogue by juxtaposing two films separated by decades. Stanley Kramer’s Guess Who’s Coming to Dinner is from 1967, Jordan Peele’s Get Out was released earlier this year. Kramer’s film is a comic drama in which a young white woman brings home her African American boyfriend to meet her liberal parents and in so doing exposes the racial fault lines of American society. Jordan Peele brilliantly recycles the same premise but transforms it into a horror film (albeit one that is often extremely funny). Seeing both films in one day will be very interesting.

I reviewed Get Out when it was released, and the way the film plays when viewed as part of an audience is extraordinary and a potent demonstration of the value of the communal experience (something I am so bored with hearing people bitch and moan about).

Part of the India on Film strand, Shivendra Singh Dungarpur’s epic documentary presents the story of India’s rich film heritage through the story of the creation of the National Film Archive of India by P.K. Nair. Indian cinema is a real blind spot for me. I am genuinely ashamed to admit, and this strand (which includes a screening of Satyajit Ray’s The Music Room (Sat 29 July, 13:00, Watershed) is an opportunity to address that.

Celluloid Man is presented as a free drop in event (subject to availability) and includes an introduction from Dr Suman Ghosh, Senior Lecturer in Film and Screen Studies at Bath Spa University.

A very interesting choice, Sidney J. Furey’s 1982 horror movie is from that period when there were racks of ‘true life’ based horror novels in airports, and movies like The Amityville Horror (1979) were huge hits.

Built around an extraordinary performance from a young Barbara Hershey, The Entity is a very sleazy picture. Hershey plays a woman who becomes the victim of a series of increasingly violent sexual attacks by an invisible ghost. Treated with scepticism by medical experts, she turns to a team of parapsychologists.

The screening is presented by The Final Girls (twitter @TheFinalGirlsUK), a collective set up to examine ‘the intersection between horror film and feminism’. 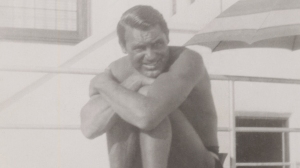 An English premiere, Mark Kidel’s documentary promises ‘a radically new perspective on Cary Grant’. Grant was originally a Bristolian, before re inventing himself as one of the most iconic of male film stars. The film includes extracts from Grant’s unpublished autobiography and personal film footage shot by the actor.

The full festival programme and booking details is online here.