To celebrate the release of David Lynch’s Twin Peaks: The Return on Blu Ray on December the 4th, here is a second guest blog by Jacqui Barr following her Mad Max: Fury Road piece which remains the most popular thing I’ve ever posted on here. Enjoy.

!!!WARNING: SPOILERS AFTER THE JUMP!!!

The much anticipated return of David Lynch to Twin Peaks featured from the outset a considerable amount of violence towards women and surplus-to-requirement (is there ever a requirement?) female nudity. Many of my friends stopped watching after 2 episodes and loudly declared “misogyny” but I stayed, along with my sense of unease, to see just exactly where I was being led.

Any film studies student will tell you that David Lynch is commonly relied upon to teach symbolism. A much used example is the severed human ear discovered amongst the grass of a perfectly manicured suburban lawn in Blue Velvet. In isolation an ear is an innocent object, but to be there must be the result of some violence. In Lynch’s world, the ear symbolises the rot at the heart of the good ol’ American town. This particular ear will cause a teenager to become a detective, but in doing so he will also become a voyeur, forced to watch acts of depravity in which he will eventually become involved. The act of discovery is the very thing that will change him and bring about his loss of innocence.

The FBI’s Agent Dale Cooper (Kyle MacLachlan) goes to the small town of Twin Peaks to solve the murder of High School student Laura Palmer, (Sheryl Lee). On the surface Laura’s life was perfect – she was prom queen, clever, popular, etc, etc. Over the course of the original two series, we see her life unpacked. What is revealed is a depressing state of affairs that involves abuse, drugs and prostitution. Ultimately Cooper discovers Laura was murdered by her father while possessed by an evil entity named ‘Bob’.

Uncovering the truth behind Laura’s violent and untimely demise may be the driver of the plot, but it is Agent Cooper’s own journey which Twin Peaks is concerned with – and that journey is by no means straightforward. Twin Peaks’ return once again deals with Laura’s story because Cooper’s own life has by the end of the second series become inextricably linked with it, when in a shocking turn of events at the end of season two, he himself is possessed by Bob.

Women are presented in a peculiar way in The Return, and on reflection, they always kinda were. Lynch seems to have a fascination with curiously dead-eyed performances and heightened TV-style melodrama that made the original series feel compellingly unique. However in The Return, performances seem even more elevated. Women especially (though not uniquely) don’t appear to be rounded characters, but feel like archetypes.

The original series characters seem more caricatured than they were before. Lucy (Kimmy Robertson) the sweet but naive Sheriff’s department receptionist, is now too clueless to understand how a mobile phone works. Mӓdchen Amick’s waitress, Shelly, is entirely gullible to her daughter’s manipulations and even more easily swayed by men. The Log Lady (Catherine E. Coulson, who sadly passed away during the production) is no longer just a bit kooky, but is now a full-blown mystic. Laura’s grieving mother Sarah Palmer (Grace Zabriskie) is literally held together by vodka and cigarettes.

Then there are the new characters. Naomi Watts’ Janey-E Jones, is a manipulative, rapacious, control freak, too caught up in her own greed to care that her husband, Dougie (Agent Cooper’s spirit trapped in someone else’s body/life), is nothing at all like the man she married – a fact she conveniently overlooks when he accidentally brings home the bacon. Laura Dern’s Diane (hooray, Diane!) is the foul-mouthed, sharp-tongued bitch, exuding untrustworthiness and duplicitousness that hints at something dark in her past involving Agent Cooper. In The Return, women are screaming harridans, happy whores, and pie-eating victims. These are not whole people, they are sketches based on character flaws. 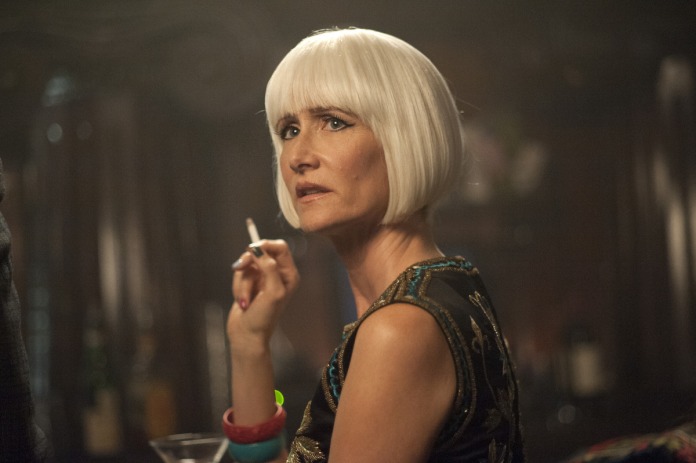 For me, understanding the mystery of ‘why?’ was revealed in the following two groups of women: the casino girls – and in FBI Agent Tammy Preston (played by the singer Chrysta Bell). These women were alternate sides of the same coin and dig down to the heart of the representation of women in Lynch’s show.

The casino gangster’s molls are beautiful, vacuous, dumb creatures who are more ornaments than women – but they are exactly as the not-too-bright casino gangsters see them. These women perform a function: there are at once a knowable, comforting beauty, the value of which flips between convenient honey-trap, to something which makes the gangsters feel valued and good about themselves. The casino dolls (for dolls they are right down to their pink dresses) are status symbols indistinguishable in value from a flashy watch to a fast car. When they are upset, they exhibit an hysteria that lifts the roof off – but all the gangsters detect is the act of crying, they don’t recognise the pain behind it, so nor do we. Lynch ramps up the hysteria to surrealist levels. The gangsters are incapable of seeing these women outside of predefined roles, so we see them that way too.

Agent Tammy is the inverse of this, but demonstrates the same thing. She is seen by her bosses as an asset first and foremost – symbolised by her invitation to join the elite blue rose club (too complex a plot point to explain here). However her beauty, which is frequently remarked upon, is also one of her defining features. The men here almost pat themselves on the back for being able to see past it in order to recognise her intelligence. Although this is a different spin, it’s the same story back-to-front: Agent Tammy is seen by the men whom she works with (including FBI Deputy Director Gordon Cole played by Lynch himself) as smart and beautiful – the casino girls are dumb and beautiful. It is not that they are dumb or she smart, but how they are viewed which is the point. Men frame these women’s lives. The men are, (if we are to return to the ear in the grass analogy), the rot at the centre of the world. Lynch doesn’t hate women: he hates how other men hate women.

Twin Peaks is like a magic-eye puzzle, once you see it, you can’t unsee it. Don’t believe me? Watch 1992’s movie prequel Twin Peaks: Fire Walk With Me. FWWM is entirely about Laura’s abuse at the hands of men who control, manipulate and violate her. Lynch is sickened by the evil being committed to Laura, and arguably, Bob is a representation of the evil at the heart of her rapist father made manifest, not the other way around. When Bob infects good-guy Cooper, Lynch seems to be warning us that if even Mr Good Guy can be prone, then we better all watch out. This darkness is at the heart of all men.

All the women in Twin Peaks are a product of how men see them because the story follows Laura’s crime – and Laura is entirely a product of how men view her. Before she dies, she is equally a prom queen, a daddy’s girl, a woman to possess, a sex kitten, a sex object, a desperate girl, and a girl who needs to be saved. She is all these things and more, and Agent Cooper (who is the means by which we uncover Laura’s story), sees them all. In The Return, Cooper and Laura actually reach across time and connect with one another in a surprisingly tender moment. Cooper is not rescuing Laura, he cannot, but he acknowledges her. He sees her how she is, not how she wants to be. He is still the kind of man who wants to rescue her because that’s who Cooper is, but Lynch thwarts him of any success in that regard in a brilliant, but frustrating, series ending.

Therefore Laura is the only complete woman in Twin Peaks. She is over time and series utterly unraveled, by Cooper, but also by herself. Her words “sometimes my arms bend back” now seem like a mantra of acceptance, not recrimination or loss. Laura does not have much agency – because her father robs her of that – but neither is she a symbol nor cipher. She is ‘merely’ a flawed individual.

With the important exception of Laura, women in Twin Peaks are undoubtedly archetypes, but they are that way to highlight the fatal flaws in men. Sometimes that is not brilliantly conceived or executed, and on occasion I think Lynch and his team trip over without meaning to. However, I could not disagree more with those who cry misogyny, and I ask them to revisit Twin Peaks.

Abused, desperate, self-numbing Laura Palmer is murdered by her own father. Agent Cooper comes to Twin Peaks to solve her murder and ends up trapped in a literal hell (er, I think anyway – Lynch is not too clear on this point – “I am the arm” says his captor, and I scratch my head in delighted confusion, which never really dissipates). However, on this journey Cooper gets to know Laura. Every sordid drama of her life is revealed to him, directly, spiritually and more. But ultimately Cooper must accept his own failures – and we must too – for it is all our redemption that Lynch seeks in the end. 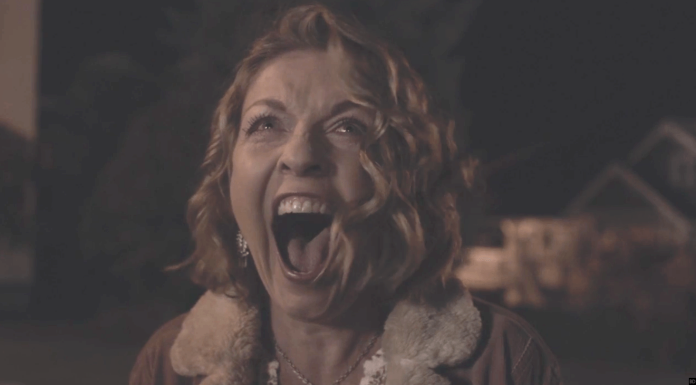