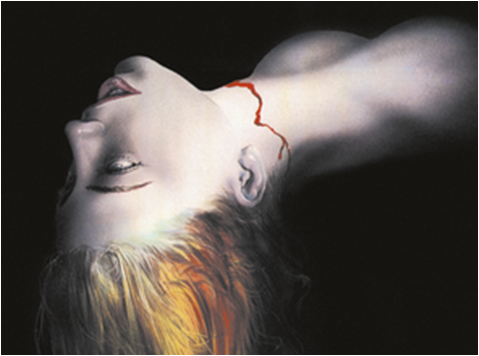 Made in 1982 when director Dario Argento was recovering from the commercial failure of Inferno, many fans expected Tenebrae to be the final part of the Three Mother’s trilogy (the title leads one to expect that), instead the film sees the director return to the Giallo tradition in which he had made his name over a decade before (with The Bird With the Crystal Plumage).

Bestselling American mystery novelist Peter Neal (a fine performance by Anthony Franciosa in a part originally intended for Christopher Walken) travels to Rome to promote his latest book “Tenebrae”. He arrives to a hostile reception from a feminist book critic and an interview with the police. A woman has been found murdered. The victim’s throat slit and mouth stuffed with pages from Neal’s novel. When further murders follow, the crime novelist starts to investigate his ego unable to resist the prospect of solving a real mystery.

Stylistically Tenebrae is quite different from previous Argento films. Moving away from the deeply saturated comic book colours of Suspiria and Inferno, Argento and his director of photography Luciano Tovoli bathe the film in light. Nighttime scenes seem to be lit by industrial floodlights. When there is a thunderstorm in the film, the lightning flares the whole screen white. Where most horror films shroud their suspense sequences in darkness, Argento exposes every detail.

Stunningly art directed, the film is as much an artefact and document of the 80s as Miami Vice. Argento chooses striking angular modernist buildings as locations; characters dress in whites and pastels colour coordinated with the sets. These muted white and pastel colour schemes look terrific when they are then sprayed in bright sticky arterial crimson.

Stunning set-pieces are staged that seem to exist for no more reason than to let Argento’s visual imagination go wild. In one celebrated single shot a camera prowls the exterior of a building, discovers the killer entering, then crawls up an exterior wall, through a bedroom window where a victim awaits, back out the window, over the roof and down the other side of the building to the ground floor where a second victim awaits. This sequence has no real narrative reason for being. It doesn’t advance the plot and there are easier ways of establishing a killer entering a house. But oh my god, does it look amazing!

Immeasurably enhancing the visuals is an incredible score from Simonetti-Morante-Pignatelli (unable to use the band name Goblin at the time for legal reasons). The score mixes prog rock and disco elements and in keeping with previous Argento/Goblin collaborations is placed as high in the mix as possible.

Tenebrae finds Argento in a playful mood, his plot slyly raising the accusations of misogyny and sadism that had been levelled against him by critics of his previous films only to then paint the screen red with ostentatious glee. Although ostensibly featuring a realistic narrative, the film is completely absurd in the most captivating fashion. Random occurrences break the narrative; characters do the most illogical things; everyone lives in amazingly opulent apartments (even shoplifters); there is even a strange sci-fi subtext that no one understands except Argento. None of this matters a jot, in fact it just adds to the fun of one of the director’s more neglected masterpieces.